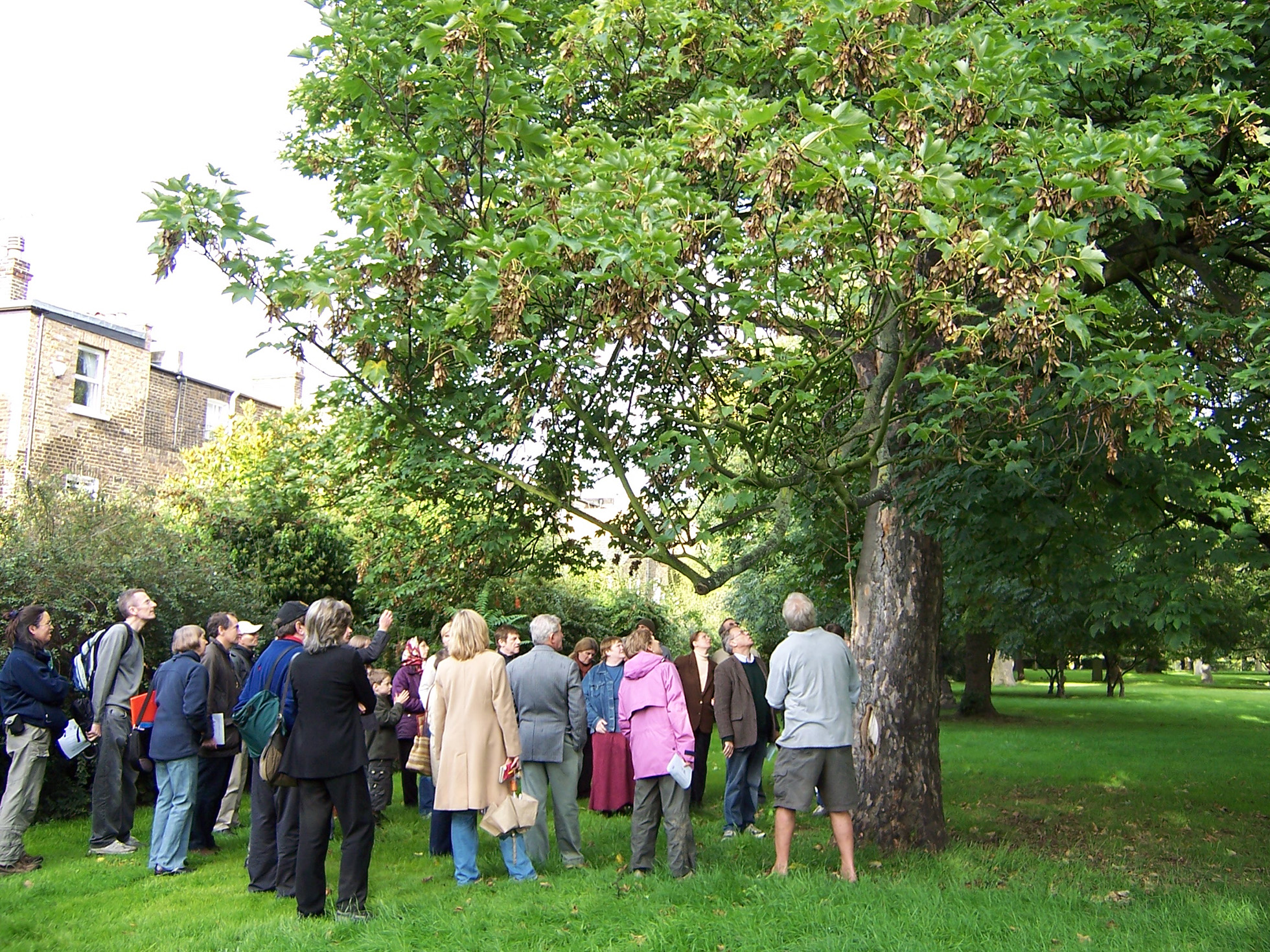 We have had our annual walk round with our borough’s tree officer. A safety check was made earlier in the year and some of the most ailing trees will need to be felled. We have a high number of mature ash trees in the cemetery so are wondering what their fate will be if the Chalara fungus spreads throughout the country. At present the advice is to leave ailing mature trees but to take out young infected trees.
The beginning of November was very good for colour with some vibrant yellows and reds. The squirrels look well fed. The monthly bird count is now easier with no leaves on the trees. Mistle thrush, Gold crest, coal tit and Dunnock have been among the less frequent visitors. Numbers seem to be holding up well for other of the smaller birds including robins – bird feeders in neighbouring gardens are helpful.
Our membership is going well and we have now reached our target of 100 in this  jubilee and olympics year.
We are planning more work on the history of the graves.

The usual watering was not needed this summer as there was hardly any summer to speak of – the Friends have had a quiet time!
The meadows remain largely uncut. The gardeners cut winding paths among the long grass making delightful walkways amongst the wild fowers and trees.
Autumn is now here. The birds are beginnng to sing again (August is the quietest month).
Members visited the cemeteries department at Fulham town Hall before its move to Mortlake. The huge leather bound books were quite amazing, with records faithfully kept since the cemetery’s opening in 1869.

July 3rd we took the London In Bloom judges round, having entered the cemetery or a neighbourhood category award. The Council, being short of staff, did not enter this year but supported our entry instead. We prepared a portfolio for the judges of the year’s events and await the outcome. We have however heard that we retain the Green Flag again this year.
July 8th Robert Stephenson gave a walk and (knoweldgable) talk about the history of the cemetery, with Ruth and Nathalie adding information about the biodiversity. 30 people attended which was very gratifying as it totally coincided with a rather famous tennis final. The group were lead through winding grass paths amongst the tall grass and wild flowers. The grass paths still remain green due to the earlier wet weather so it made it a beautiful walk.

This special year 2012 we planned more events. This started earlier in the year with a successful bird walk. The Friends then joined with local residents to have a jubilee picnic – probably one of the wettest spots of the already wet jubilee weekend, but we carried on as planned but in wellies. The hot food was crucial! The children’s treasure quiz came back looking like paper mache but they managed to complete the entire course in pouring rain.
Some feel the cemetery looks at its best in spring and early summer. The areas of long grass are full of wild flowers and insects. The Friends will be doing some small horticultural jobs in addition to the daily tasks of the three groundsmen.
There are many birds still being fed by their parents – observable in our monthly bird count, including a family of mistle thrush at our last count at the beginning of June.
The central round bed is full of wildflowers (planted by the council last year) and with each set of plants flowering at different times, they will hopefully provide some colour throughout the season.

It was sad to witness the attack on George Fergusson in April – especially as such incidents are rare. He has our very best wishes.
This spring had one of the driest spells on record for that particular time of year. Many of the trees are now all in leaf,have been well watered these past weeks (and battered by high winds) but an eye will need to be kept especially on the new plantings. We have pruned the hedging and whips that we have responsibilty for. The groundsmen have done a big tidying job around the perimeter wall.
Our general meeting held at the end of March featured a ‘break out’ session where we divided into 3 groups: monuments and history; the green environment; events. Everyone had chance to contribute.

We had a successful start to the year with a bird count open to the wider group. It was early Sunday morning in the cold yet well attended. We were rewarded with the usual list but also 2 song thrushes and 2 dunnocks. The regular montly bird count is posted on the noticeboard – and we have now started entering the results (incluing those from the past) into GIGL – the London wide record of species noted throughout the capital.
Due to warmer weather in January, the newly seeded ‘paths’ are beginning to grow even in recent snow!
Some of our members are beginning to research the more interesting monuments.
The tree planting (February 9th) is part of the succession planting plan – replacing lost trees. Tree pollarding ( February) is also part of the ongoing tree-care plan for the cemetery and includes the enormous plane tree on the northern perimeter.