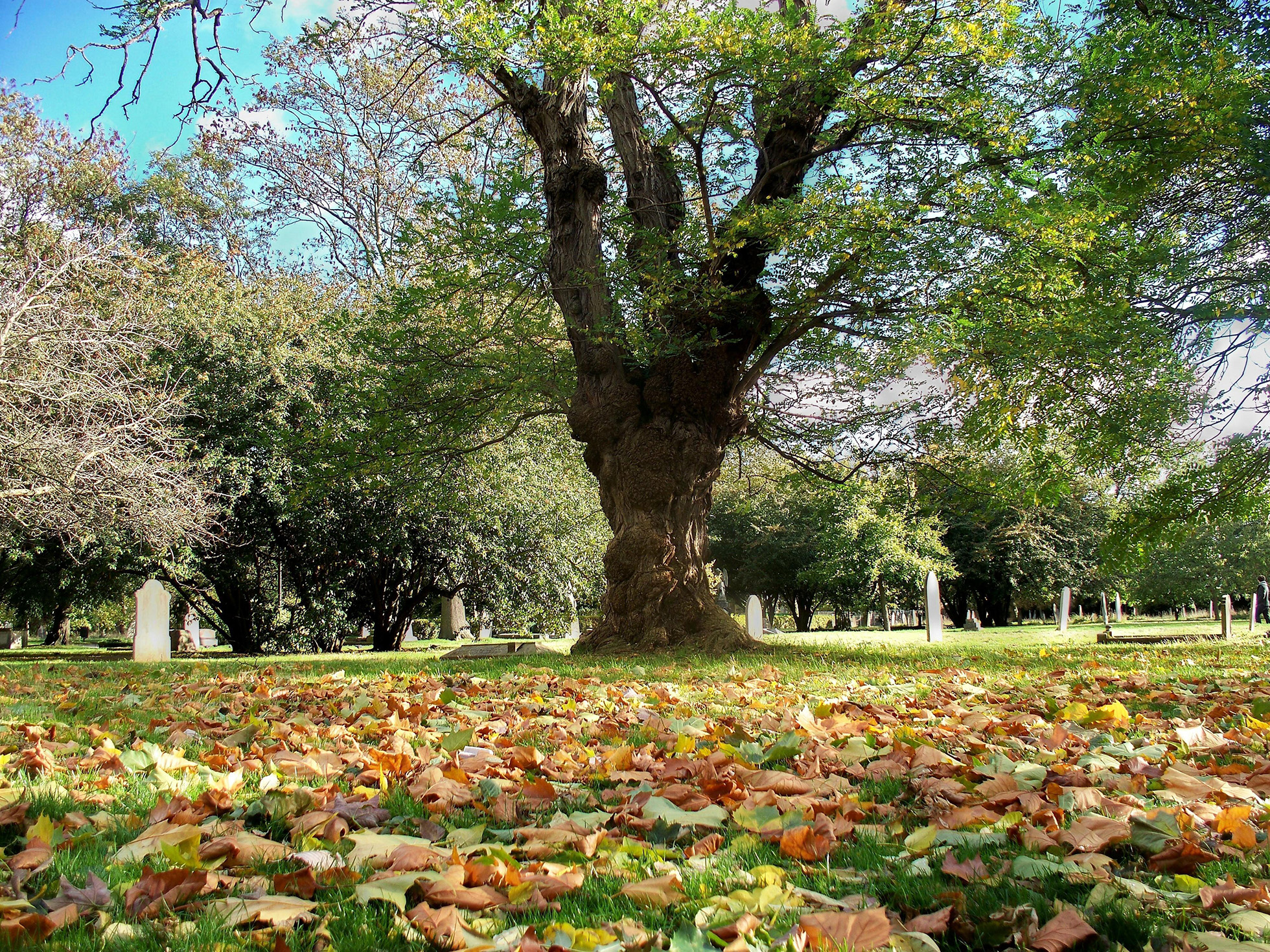 The December hedge planting went very well. Many people came so that we were able to get all the plants in very efficiently. We also managed to clear weeds from earlier plantings.

The group replied to Sustrans’ proposal for a cycle route through the cemetery.

We were delighted that Margravine Cemetery has been awarded a Green Flag award.

Council review of cemeteries – due for completion by November 2009.

The Council requested a review of its cemeteries, in particular, ‘To examine the role of cemeteries in their traditional context and explore their potential as a usable space’.  This refers to their value as open spaces for all to enjoy, but also as a potential resource for new burials. The Friends of Margravine Cemetery made a submission.

Look out for the Friends’ interpretation sign near the round bed, showing points to look out for in nature, additionally the information leaflet box which is situated near the Barons Court entrance. Both attract an interested public.

Both events were organised by The Friends of Margravine Cemetery as part of the BBC Springwatch weekend.

The tree walk was very well attended despite the very unsettled weather. Gavin Simmons gave a knowledgeable talk, celebrating trees from all over the world, with some ideas of how they may first have reached Britain.

The family trail was also successful. Families followed an hour’s long laid out trail of trees, flowers, gravestones and history. Their answers were impressive.

The particularly heavy snowfall seems a long time ago now! It drew crowds to the cemetery. Not only children made snowmen.

February plantings by the Friends

Small parts of hedging were gapped up with new plants by the Friends on two Saturdays. We plantied holly, gorse viburnum, rose, blackthorn, Hawthorn.